Share |
Okay, so I saw something awesome a while ago on ChiChi Allen's blog about how she used chipboard for her album cover. It inspired me, so I ordered the On Board Lower Simon set (which has the letters), the "At Home" Simply Scrapping kit and the Mellow Moss 8.5x11" album to do my Founder's Circle scrapbook with. 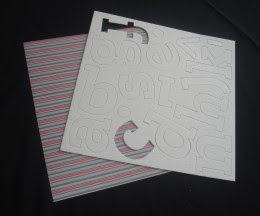 First I had to figure out how to COVER the chipboard! I opted to go the SNAIL route, so I popped out my letters & number, coated the front in adhesive and pressed it down face-first into the patterned paper. 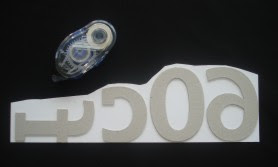 Then came the joy-n-bliss of cutting them out. I used the Paper Snips which got into the little edges at least, but it was pretty painstaking for sure. 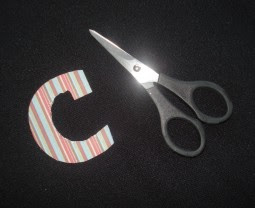 I then used the sanding block to sand down the edges to smooth things out, and then the brush edge of my Ruby Red marker to colour the sides.

Last but not least, I chose to coat the entire letter with Crystal Effects to geta beautiful raised glossy surface. Looks pretty sharp! 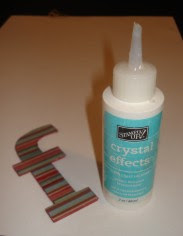 Next to do... assemble the cover!

posted by Caroline LeBel, Stampin' Up!® Demonstrator @ 8:39 am